Professional home builder or owner builder-what is best for my project?

An honest builder the Google search that found us

Looking for an honest builder

This is a true story. A couple of years ago we received a phone call from a man who had gotten himself into what we call a ‘building nightmare’. As a result he was extremely disillusioned about the building industry and builders in particular, hence the Google search he keyed in to find us. We, of course were very pleased that Google had led him to us.

This man had spent a lot of time and hard earned money, on a block of land as an investment property, and had hired a builder to build a set of two townhouses, on his land.
His problems started when the buildings were at lock up stage and the builder declared bankruptcy. This situation triggered a claim on the Builders Warranty Insurance, as the builder had gone bankrupt. Whilst this was stressful, it all sounded straightforward, as Builders Warranty Insurance is a legal requirement for any major Building Contract and is intended to cover situations just like this.

The double whammy caused by a cheap builders quote 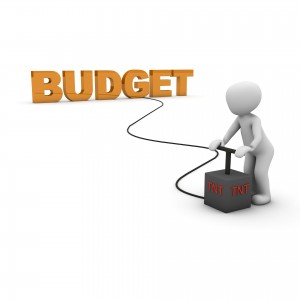 What resulted was a lengthy VCAT (Victorian Civil and Administrative Tribunal) case, as the warranty insurance inspection revealed a substantial amount of defective work that required costly rectification. (The case revealed that the original builder had run into financial trouble as he had submitted an unrealistically cheap quote, and in an effort to keep the job running, had tried to cut corners, resulting in severe building defects.)This was the first problem caused by an unrealistic building quote.
The second consequence of the cheap building quote was that the value of building work covered by the warranty insurance policy was determined by the value of the quote, and as it was not based on realistic building costs, the value of building work to complete the job was far greater than the actual warranty insurance payout, leaving the owner even further out of pocket.

Our recommendation as a professional and honest builder

It gets even worse… when approached by this unfortunate investor, we reviewed all the documentation and reports resulting from the VCAT case, and found that the building defects were so extensive ( and structural in nature) that it would be more cost effective to demolish the entire project and start again. Of course this investor had already lost a large amount of money (2 years worth of rental income plus legal fees), and the payout from the Builders Warranty Insurer fell terribly short of completing the work from lock up stage let alone demolishing and starting again.

This investor found, in his quest for an honest builder to rectify and complete his investment project, that the truly professional builders would be reluctant to take on such a project, not because the building work was complex, but due to the serious nature of the defects. The best builders, or honest builders, if you like, are by necessity fussy about the work they take on. Whilst we felt truly sorry for what this poor man had gone through, we considered not just the nature of the building work and the steps we would need to take to rectify it, but also the affect this would have on our team, as many of our professional tradesmen would be reluctant to work on a project like this.

You only get one chance to select an honest builder

The current ‘safety net’ that the Victorian Building Authority has in place, by way of Builders Warranty Insurance requirements, does not fully protect a building client from issues caused by choosing the wrong builder. If you are seeking the services of a professional builder, whether for an investment property or your own home, you must do your homework and select the right builder from the start. I have covered how to select the right builder in this article. There are no second chances, and choosing the cheapest quote or the wrong builder will often cost you a lot of money and often worse, an immeasurable amount of stress on you and your loved ones.

As I mentioned before, this is a true story. You may have some comments, and I would love to hear what you think. Why not give me a call on 9776 7101.